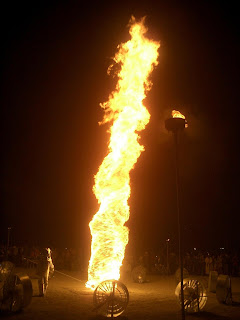 "Imagination is like fire. No—strike that. Imagination is fire... Perhaps you have figured out a few ways to make sparks and fan flames. Now comes the question: to what ends shall you use that fire?"

This bold quote and question comes from one of the best books recently published on the subject of imagination. It's called "Imagination First: Unlocking the Power of Possibility" by Eric Liu and Scott Noppe-Brandon. And, it calls us to recognize and use one of the most powerful tools in our toolbox...our imagination.

They go on to say that, "The New Commission on the Skills of the American Workforce paints an ominous picture of the surge in skilled labor in China, India, and other emerging economies—juxtaposed against an aging American workforce that needs serious retooling. In every sector, our competitors’ investments in education and technology are eroding the edge that has traditionally justified the pay of American workers. As China and India climb the skills ladder, there is, in the view of the Commission, only one potential competitive advantage left for Americans: our imagination."

You heard that right. Our biggest resource is likely the power of our imagination--and we better harness it if we want to stay competitive in the world economy. It's why we here at Think-a-lot Toys believe so much in the power of imaginative play.

On the brighter and lighter side, isn't using our imagination fun, too? If you have ever played with our game Think-ets and heard some of the whacky, creative stories people come up with, you will surely agree.
Posted by Think-a-Lot Toys at 7:58 AM No comments: