Here’s a list of 10 tips for buying good toys for all the kids in your life (and consider yourself a kid if you’re young in spirit and love to play!) 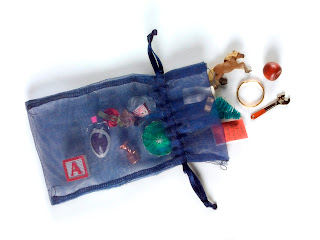 their imagination. In a survey of kids done by a toy industry magazine, kids said that they want toys that spark their imagination. Kids are full of ideas, so buy games that tap into this amazing power. (Example: Think-ets, Legos)

2. Get toys that have many different ways of playing with them. Kids want layers of fun. They want games that have different rules, levels, and applications. This way, their toy isn’t boring after awhile and keeps on giving just when they start to fade. (Examples: Playing Cards, Bananagrams)

3. Intrigue them enough to make them want to invent a toy themselves. All kids like to invent. Whether it’s a scientific experiment or a fantasy play, they want to create something new. Look for games and toys that are simple, innovative, and that “think outside the box.” Inspire your kids. (Example: Fractiles, Flashflight Flying Discs)

4. Buy games of quality. There is nothing worse than getting a toy home and having it break after a short period of time playing with it. If at all possible, buy the toy that has a sturdy and satisfying feel to it. It will last far longer and its play value will far outlast your original investment. (Examples: ‘Bedroom at Arles’ Wooden Puzzle by Think-a-lot Toys, Doinkit Darts.)

5. Try something different. It’s a big toy world out there and while we all know and love our favorites, like Monopoly and Pictionary, there are many hidden and not-so-hidden gems waiting for you. Ask your friends, your neighbors and your specialty toys store sales clerks what’s new and different. (Examples: Djubi, Magformers)

6. Avoid licensed products. OK, this may be hard for some of us but the problem with buying too many licensed toys is that they limit kids’ imagination. Products that come with their own scripted story tend to do the thinking for the child and don’t allow kids to create their own stories, which are limitless. (Example: Knight/Dragon Cape and Hood by Creative Education of Canada)

7. Choose simple toys. A good toy is 10 percent toy and 90 percent child. The child's imagination is the engine of healthy play. Simple toys and natural materials, like wood, boxes, balls, dolls, sand, and clay invite children to create their own scenes—and then knock them down and start over. (Examples: Sand, Clay, Dolls, Balls)

8. Be Easy on the Environment. There is a growing awareness that we need to start buying toys that are not only good for our kids but good for the planet. Many new toy companies are stepping up and creating great products that use recycled materials. Kids will know you care when they see you buying toys that are “green” and use minimal packaging. (Examples: Tea Set by Green Toys, ImagiPLAY’s Wooden Toys)

9. Choose toys that support right brain thinking. Daniel Pink, author of A Whole New Mind says that the future belongs to a different kind of person with a different kind of mind: designers, inventors, teachers, and storytellers, etc.—those who are empathic, inventive and have big-picture capabilities. All kids—boys and girls—need toys that engage the right side of their brains. (Examples: Scratch Art, Piano Wizard)

10. Listen to Your Kids. By this, we mean listen to your kid’s passions. Sure, they might want the latest hot toy or game—and one may be fine—but also think about each child in particular and find out what really moves them and what they are ready for. Think back over the year and see if there are times when your kid was truly engaged and then find those toys and games that meet this passion. (Examples: Your Own Eyes and Ears)

Most importantly, have fun when buying good toys for your kids. Nothing ruins good play by getting stressed out when you are out to bring more fun into the world. Make your toy-buying journey a destination in and of itself. Sometimes it is hard to beat the simple things in life. Kara Bowman, educator, wrote the article below about the stick being inducted into the National Toy Hall of Fame. Her article shows that when it comes to good toys and games, there is nothing better than something simple, something that is open-ended and limitless in its possibilities for play. That's our goal at Think-a-lot Toys. Open-ended play means open-ended thinking where you are limited only by your imagination. Listen to what she says about the stick...

"Consider this: The Children’s Discovery Center in San Jose, California had a problem. They had a 1,200 square foot open space for changing exhibits, which was empty for a month this fall between the departure of one show and the arrival of the next. A museum staffer had an idea: she taped up some discarded boxes and threw them in the exhibit area. After adding a few dozen more boxes, some crayons, masking tape and safety scissors, the museum found they had one of their most popular exhibits of all time: Box City. Given that the museum has had exhibits costing up to a million dollars in the same space, what makes Box City one of the most popular attractions in the museum?

Before we get to that question, consider this: The National Toy Hall of Fame inducts toys each year based on specific criteria including the toy's icon status, the longevity of its popularity, how the toy encourages learning or creativity, and innovation. Past winners have included Legos, the Barbie doll, crayons, Tonka trucks, the jigsaw puzzle, and other usual suspects. Based on their criteria, in 2008 the Hall of Fame’s judges inducted … The Stick. "It's very open-ended, all-natural, the perfect price -- there aren't any rules or instructions for its use," said Christopher Bensch, the museum's curator of collections. "It can be a Wild West horse, a medieval knight's sword, a boat on a stream or a slingshot with a rubber band. ... No snowman is complete without a couple of stick arms, and every campfire needs a stick for toasting marshmallows. This toy is so fantastic that it's not just for humans anymore. You can find otters, chimps and dogs playing with it."

The box? The stick? What is it with open-ended play that makes it so appealing that kids will put down the several hundred dollar video game system to play with a ball of silly putty? It could be that our children’s brains know what they need to develop optimally, just as their bodies know when they're hungry. Research has shown there are several advantages to a child's development if they engage in play that has no defined expectations or outcomes.

Open-ended play develops the imagination. Imagination is the ability to form a mental image of something that is not there. Starting around age two, children can understand the symbolic nature of one thing standing for another, such as a box for a boat and a towel for a sail. The abilities to think symbolically and abstractly are the basic building blocks of creativity and intelligence. Albert Einstein even said, "Imagination is more important than knowledge," and he's no slouch in either department!

Creative play also helps children develop their social and emotional abilities. Kids will try on adult roles and test out ways of acting and being. In this way, they can develop their 'what-if' abilities, which is one way to strengthen their understanding of consequences. Children solidify their learning by not just taking things in passively, such as with screen time, but by mimicking and recreating what they have seen. They can also express themselves emotionally under the guise of being a character and children who playact are known to develop their ability to empathize. Creative play has also been linked to increased cooperation, problem-solving skills, leadership skills and behavioral control, such as using words to express oneself and waiting one's turn. Hmm… Maybe we should have time-outs to play house in Congress. It couldn't hurt.

So how can we give our children this elixir of all good things? Unlike most parts of parenting, it's very simple: 1) provide a safe space, either in the house or outdoors, 2) provide open-ended materials that will help spark creativity, and 3) provide the gift of time. (Why Creative Play Matters, Zrinka Peters, education.com) Children who have ample opportunity for creative play will be comfortable with it and find occasion for it everywhere. For example, when my daughter was in kindergarten, I received a note from her teacher one day that said, "Would you please talk to your daughter about pretending to be a dog at lunch and eating her meal with her hands behind her back? It was okay for the first week, but now everyone is doing it and they’re not all as neat as she is."

You can provide materials that will spark the creative drive in your child. Toddlers love to mimic so you can provide them with toy household goods or dress-up clothes. Other items that can stimulate creativity are stuffed animals or other figures, and large building blocks. Preschoolers also enjoy creating whole small worlds, such as dollhouses, airports, or towns. They also enjoy dolls, dinosaurs and other representative playthings. Elementary aged children add to the repertoire with puppets, play-dough, adult-style dolls, and more sophisticated building blocks and construction materials. All children love age-appropriate art supplies such as specialty papers, pens, paints and scissors. To encourage creativity, just make sure there are lots of uses, rather than one correct outcome such as with a coloring book or painted figurine. (Structured play is fine at times, too, and can teach skills such as following rules and sequencing.) One caveat regarding encouraging creativity is to stay away from TV show and movie character costumes or props since playacting things seen on the screen is often an act of re-creation rather than creation. What you want is to inspire their own imaginations, like the kids who were given a bunch of rubber gloves in their preschool class. One said, "I'm a doctor." Another pronounced, "I'm a scientist." And a third one exclaimed, "I'm a mommy changing her hair color!"

This holiday, consider buying gifts that are simple and versatile. They will expand your kids' minds.

Posted by Think-a-Lot Toys at 7:04 AM No comments: